Following up on the announcement that live music’s premier hologram production company Eyellusion has signed with APA for representation worldwide for their tours, the ZAPPA FAMILY TRUST can now share the exclusive promotional video (which includes audio of Frank Zappa speaking about Holograms) for the “The Bizarre World Of Frank Zappa” tour.

“The development of the ‘Bizarre World’ has been a herculean undertaking and an extremely emotional journey for me,” says Ahmet Zappa.  “Weirdly, it’s also been one of the most creatively satisfying projects that I have ever had the privilege of working on. It’s fascinating to me how into holograms my dad was and it’s unbelievable that we have Frank in his own words talking about it.  The fact that we’re now finally able to technologically bring to life the ideas and concepts my father talked about so many years ago is astonishing.  People’s minds, eyes and ears will be stunned by the crazy amounts of awesomeness they’ll be exposed to every night on this tour.  For the first time in a long time Zappa fans will get to see and hear brand spanking new music performed by Frank with his live band and enjoy never before heard versions of their favorite songs, all while brain-melting visuals make them laugh, smile, and perhaps even cry.  I truly can’t wait to share this epic experience with everyone and I’m thrilled that we’ll be doing 100 + dates around the world. So please fasten your concert-going seatbelts because things in the Zappa universe are about to get even more bizarre!!!”

Eyellusion is producing the hologram tour in close cooperation with the Zappa Family Trust. Additional details on “The Bizarre World Of Frank Zappa” live tour dates will be announced in the coming months. 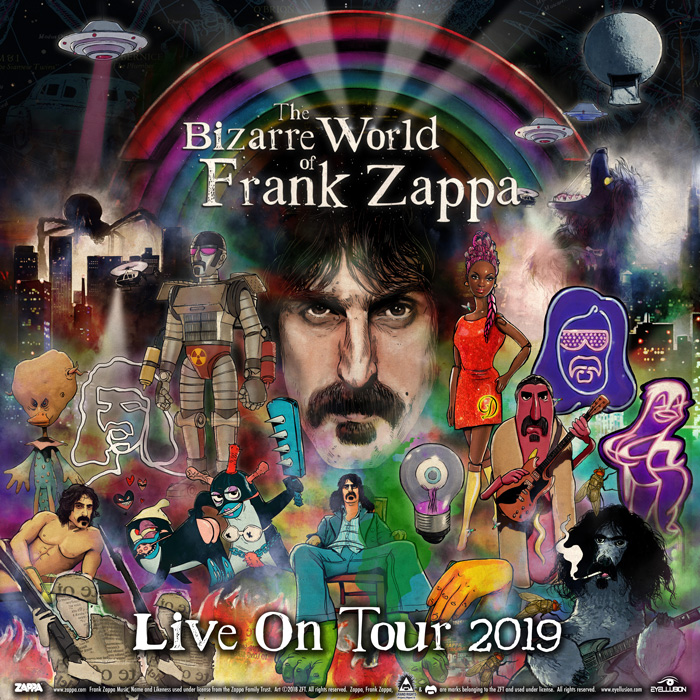