Frank Zappa Hologram Addresses So-Called “Questionable Content” Violation From Ticketmaster Over Ad For “The Bizarre World Of Frank Zappa” Hologram Tour. In Zappa’s Own Words: “I’m A Person Who Likes To Do What He Likes To Do…”

Composer, musician, futurist and innovator FRANK ZAPPA is facing censorship yet again over so-called “questionable content” in the ad artwork for the upcoming “The Bizarre World Of Frank Zappa” hologram tour which will make its debut this April in the U.S.

The tour artwork was curiously censored by Ticketmaster who cited the image for so-called “questionable content,” according to their Content Governance team, and wouldn’t post it online.  The censored image pays homage to Frank Zappa & the Mothers’ 1974 song “Penguin in Bondage.” View the artwork below:

ZAPPA–who always fought against censorship and for all artists rights–appeared before congress on September 19, 1985. He later famously, voluntarily labeled his albums with his “Warning Guarantee” in the mid-80s…we now offer up a slightly updated version: 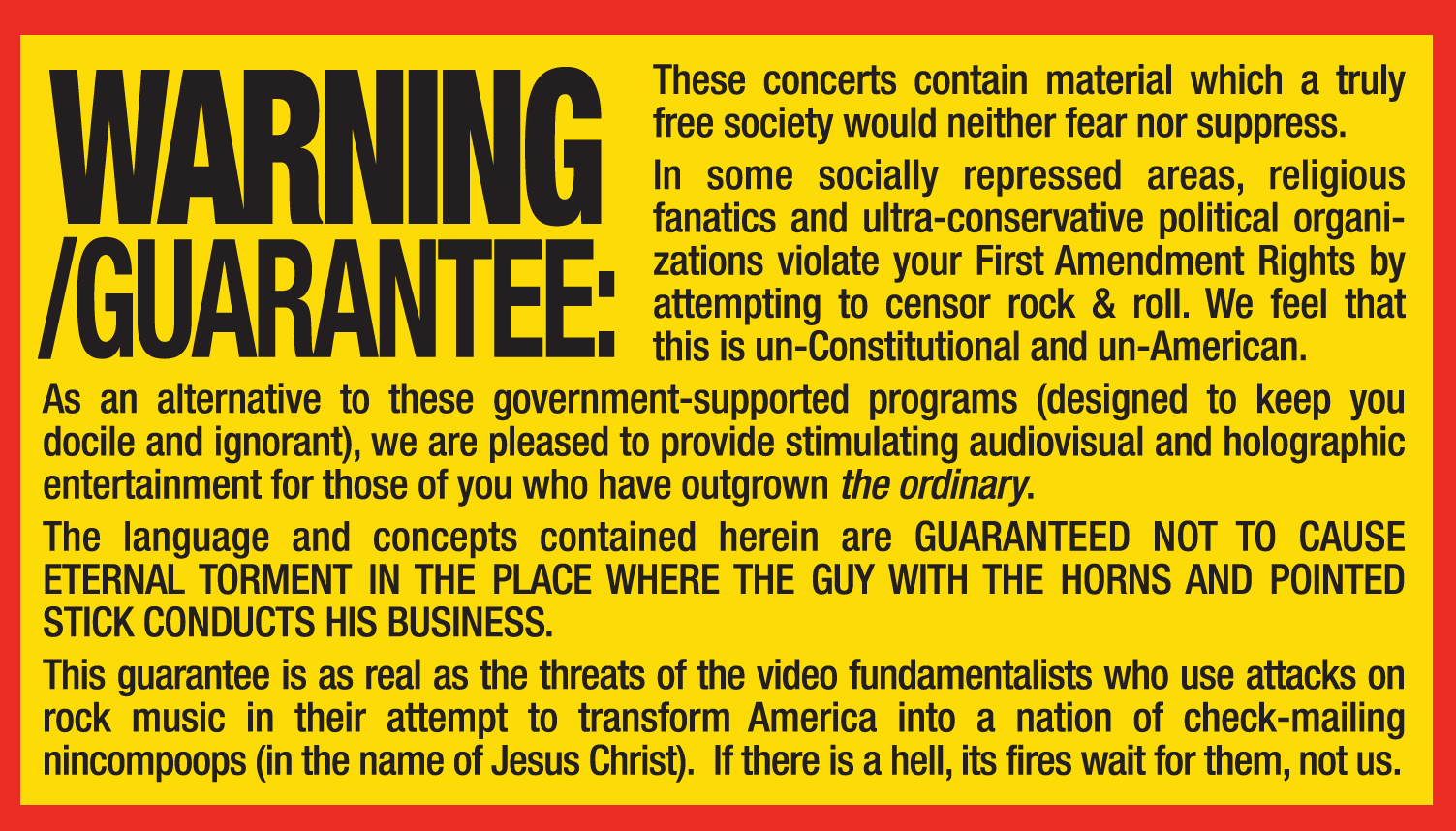 Beyond the images in question, artwork for the tour gives clues to the kinds of fantastical holograms fans who purchase tickets for the tour will experience.  Ahmet Zappa says, “If you’re someone that can’t enjoy the absurdity and humor of bringing Frank’s music and lyrics to life via holograms–such as penguins in bondage, talking hot dogs and super natural dental floss–this show might not be your cup of tea.  In response to Ticketmaster, I re-submit the poster artwork with our newly updated Warning/Guarantee hiding the buttocks of the cartoon penguin.  I mean, seriously Ticketmaster?”

The Bizarre World Of Frank Zappa U.S. dates are as follows:

The European shows are as follows: