Live music’s premier hologram production company Eyellusion has announced that a who’s who of ZAPPA fan favorite musicians will support “The Bizarre World Of Frank Zappa” hologram tour which will make its debut this April in the U.S. The nine U.S. shows kick off Friday, April 19, with seven European shows in May to follow. Additional dates will be announced in the coming months. Tickets for the U.S. shows go on sale Friday, February 15 at 10:00 AM (ET) at all major ticketing outlets, with a special VIP pre-sale (details here) launching on Wednesday, February 13.

The European shows are as follows:

In 1974, FRANK ZAPPA transformed his Los Angeles rehearsal space into a sound stage and cranked out some unbelievable performances seen and heard only by the camera operators in the room. The audio from these performances–locked away in the ZAPPA vaults for 44 years–will serve as the basis for what will be the world’s most ambitious hologram tour to date.  The “can’t miss” concert spectacle is being produced in close cooperation with the ZAPPA FAMILY TRUST.

“As a futurist, and hologram enthusiast, Frank fearlessly broke through boundary after boundary as an artist and in honouring his indomitable spirit, we’re about to do it again, 25 years after his passing,” said Ahmet Zappa, EVP of business development for Eyellusion and co-trustee of the ZAPPA FAMILY TRUST.

“We’re excited to world premiere a handful of Frank Zappa compositions; these mind-melting concerts we’re putting together celebrate the music, often surreal imagery and humour synonymous with Frank. We will be pushing the limits of what anyone has seen holographically on stage before in a live venue. Circumstances, objects, places and subject matter from Frank’s songs and imagination will be brought to life for the first time on stage.  We are anthropomorphizing Frank’s music utilizing various visual techniques, art styles, classic imagery from his album artwork and characters from his songs, culminating in one extremely bizarre, live music experience.

“My father and I actively discussed 3D and ‘holography’ and it was a concept he actively engaged in. He actually devoted half a chapter of his The Real Frank Zappa Book to this subject. This is a love letter and a journey celebrating the genius artistry of Frank Zappa. On a personal note, I feel like I am finishing something my father started years ago.  And let’s not forget, Frank himself will be rocking his fans, alongside his bandmates like nobody’s business.”

The Bizarre World Of Frank Zappa U.S. dates are as follows: 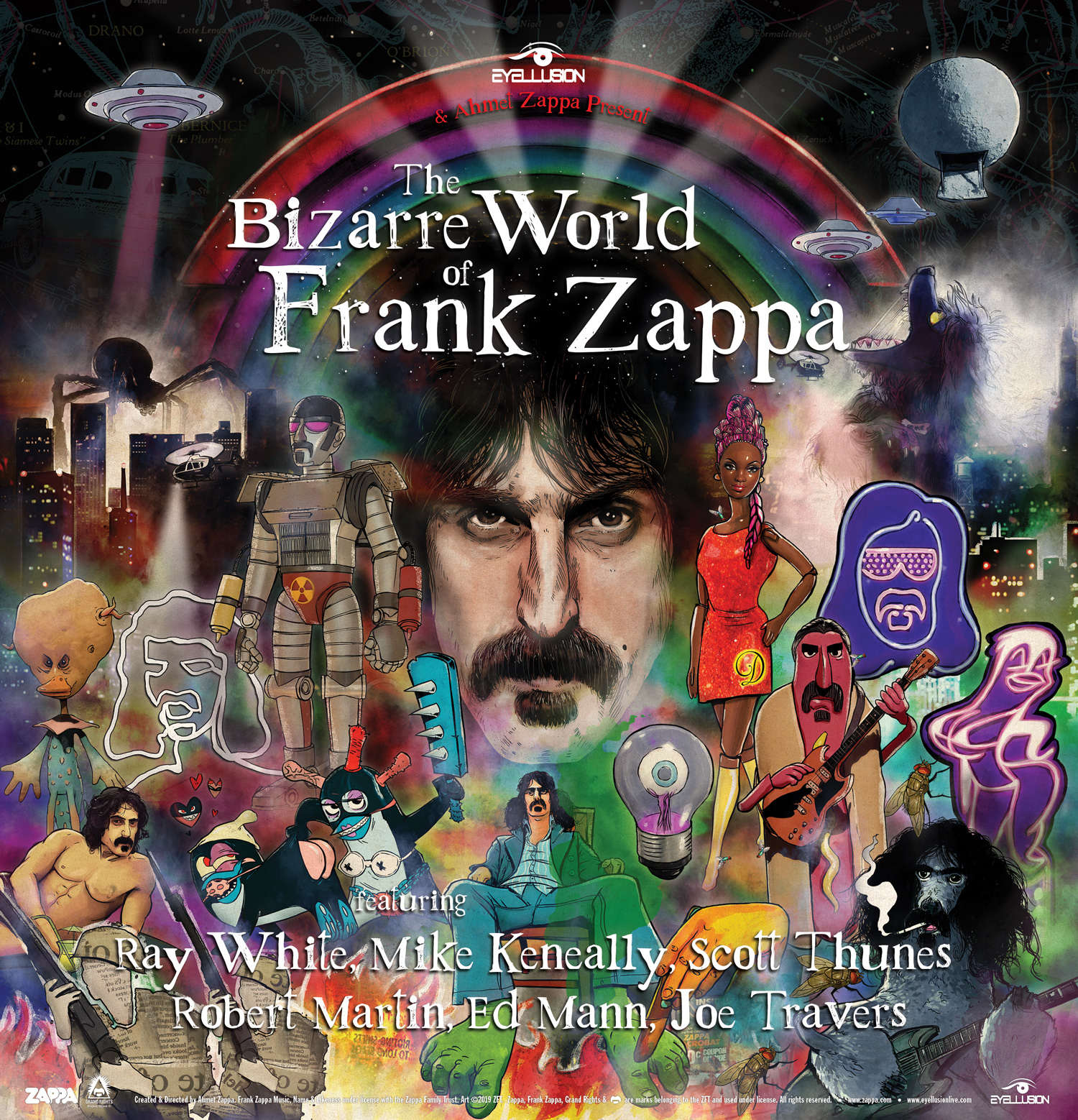