LOS ANGELES – APRIL 23, 2021 – Nobody knew, not even Frank Zappa, as he led his 11-strong band through a celebratory version of “America The Beautiful” to close out his show at the Nassau Coliseum in Uniondale, NY on March 25, 1988, that it would be the last time he’d ever play in the United States. Days later, the ’88 band would trek to Europe for a multi-country tour, only to implode on the road before they could make it back to the States for another round of scheduled shows. Despite the growing tensions in the band, the ensemble was considered one of the best Zappa ever put together, a skilled mix of extremely talented musicians made up of both longtime members that had played with The Maestro from the early days alongside exciting new additions, bolstered by his favorite new instrument, the Synclavier. A well-oiled machine armed with an extensive 100-song repertoire, the adroit band were equally as adept at playing Zappa’s complex and challenging, genre-defying songs as they were performing classical compositions by the likes of Bartók, Ravel and Stravinsky.

On June 18, Zappa’s historic, final American show will be released for the first time as the new live album, Zappa ’88: The Last U.S. Show via Zappa Records/UMe. The first posthumous archival release  from the ‘88 touring band, the album features 29 unreleased performances including two additional performances from the same tour: Zappa’s wild interpretations of the Allman Brothers Band’s “Whipping Post” from the March 16 show in Providence, R.I. and Led Zeppelin’s “Stairway To Heaven” from the March 23 Towson, Md. show. The record is also notable for containing the first official release of the much talked about “The Beatles Medley.”

Zappa ’88: The Last U.S. Show will be released digitally, on 2 CD or as a 4LP 180-gram vinyl box which will be available on both black vinyl or as a limited edition 180-gram purple vinyl variant, exclusively via the official Frank Zappa online store or uDiscover. Fully authorized by the Zappa Trust and produced by Ahmet Zappa and Zappa Vaultmeister Joe Travers, the recordings have been newly mixed by Craig Parker Adams in 2020 from the 48-track digital master tapes. The shows were recorded using two Sony 3324 DASH PCM 24 track tape recorders synced together using a Lynx Time Code Module, thus providing 48 track recording capabilities. The album is rounded out with detailed liner notes by Travers and Zappa ’88 drummer Chad Wackerman, who celebrated his 28th birthday on stage and is serenaded by Zappa and the crowd, as well as photos from the tour by Peder Andersson.

Pre-order for all configurations is available now and will come with a download of the first single, the previously unreleased performance of “I Ain’t Got No Heart,” available to stream now. First appearing in 1966 on Zappa’s Mothers of Invention debut album, Freak Out!, then later in 1981 with an updated faster arrangement on Tinsel Town Rebellion, the ‘88 version takes the song to another level with the addition of a 5-piece horn section.

STREAM “I AIN’T GOT NO HEART”

As Travers writes in the liner notes, “Start with the fulcrum of the 1981-1984 touring bands (Robert, Scott & Chad), bring back Ike Willis, add the Synclavier digital workstation, a 5-piece horn section with multi-instrumentalist Mike Keneally and you have what FZ famously described as “The Best Band You Never Heard In Your Life.” While saying “never heard” might have been a bit of hyperbole, it wasn’t far off as the short-lived band (four months of rehearsal in 1987/1988, followed by a tour from February through June 1988) only played a few dozen shows on the East Coast and Europe before disbanding. Nonetheless, the shows they did play together were electrifying and a masterclass in musicianship.

With Zappa on lead guitar, vocals, and wielding his new obsession the Synclavier, he led the proceedings through a career-spanning set, backed by a stellar cast of veteran band members and newly added members: Mike Keneally (guitar, synth, vocals), Scott Thunes (electric bass, Minimoog), Ike Willis (rhythm guitar, synth, vocals), Chad Wackerman (drums, electronic percussion), Ed Mann (vibes, marimba, electronic percussion), Robert Martin (keyboards, vocals) and the cracking horn section of Walt Fowler (trumpet, flugel horn, synth), Bruce Fowler (trombone), Paul Carman (alto, soprano and baritone sax), Albert Wing (tenor sax) and Kurt McGettrick (baritone and bass sax, contrabass clarinet). The band prepped nearly 100 songs and the sets were wide ranging, spanning tunes from the first Mothers of Invention albums, but with characteristically updated and often times ever-evolving arrangements (“I Ain’t Got No Heart,” “Love Of My Life,” “Who Needs The Peace Corps?”), to new compositions created for the ‘88 tour (“Jesus Thinks You’re A Jerk” and “When The Lie’s So Big”) as well as classical compositions (Bartók, Ravel, Stravinsky) that Zappa liked to play to expose his audiences to music he appreciated. In addition to the inclusion of the 5-piece horn section and it being Keneally’s only tour, the concerts also included extensive use of sampling through the then current machine, the Synclavier, which Zappa took on the road for the first time, as well as percussionists Mann and Wackerman’s use of electronic sounds in their set ups.

Zappa ’88: The Last U.S. Show includes all of this and many more highlights such as fan favorites, “Peaches En Regalia,” “The Black Page” “Inca Roads,” “Sharleena” “Sofa #1” and “Pound For A Brown.” It also includes a horn-laden cover of The Beatles’ “I Am The Walrus,” and the first official release of the highly sought after “The Beatles Medley,” which features the band performing the music of The Beatles’ “Norwegian Wood,” “Lucy In The Sky With Diamonds” and “Strawberry Fields Forever” with the lyrics completely changed to reflect the then-recent sex scandal of televangelist Jimmy Swaggart. The bawdy lyrics poke fun at the hypocritical minister and was part of Zappa’s agenda to demystify televangelists.

Just how Zappa felt it was important to rail against toxically prude self-appointed culture protectors and whatever hypocrisy or hypocrite rankled him that day, he was also a motivator of positive action, passionate about causes, especially voting rights, making it his mission to get his audiences to register to vote. With a presidential election looming, Zappa offered voter registration on the tour, aided by The League of Women Voters. Fans were encouraged to vote before the show or during a special 20-minute intermission in the middle of the two-hour plus concert, which would start with Zappa triggering the Synclavier to play a piece of music. In Uniondale it was “One Man, One Vote.” Notably, the version here is a different mix than the studio version released on Frank Zappa Meets The Mothers Of Prevention. Zappa 88: The Last U.S. Show kicks off with Zappa extolling the importance of voting and encouraging the unregistered to sign up at the show by registering someone live on stage. It was followed by a representative from Governor Mario Cuomo’s office reading a message congratulating “Mr. Zappa for the important work you are doing encouraging your audiences and others to register and vote.”
“Sadly after the European run was over,” as Travers pens in the liners, “Frank Zappa chose to disband the group and cancel the rest of the tour, reportedly forfeiting $400,000.00 in revenue and depriving additional audiences the opportunity to witness how special this group really was. With all of the time and money spent to prepare and promote the tour, not to mention the potential within the talented band and crew, now in 2021, it’s an even more historic loss considering FZ was to never tour again.”

Fortunately, Zappa’s final U.S. show, like so many others of his, was documented and can now be experienced in its glory more than three decades later. 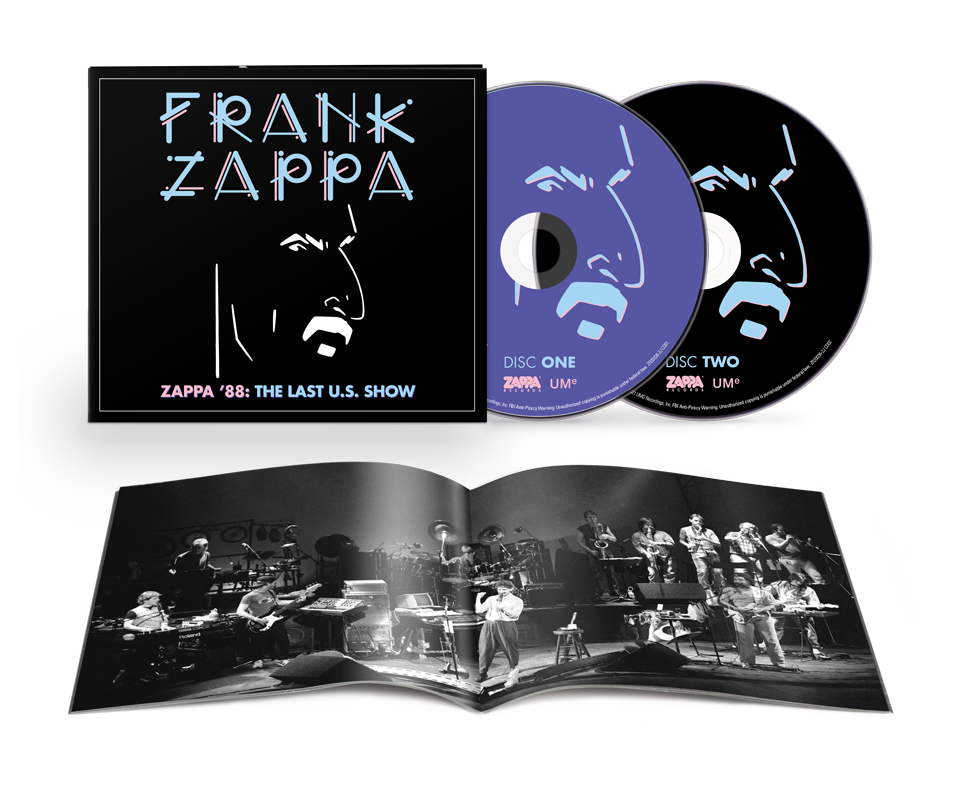 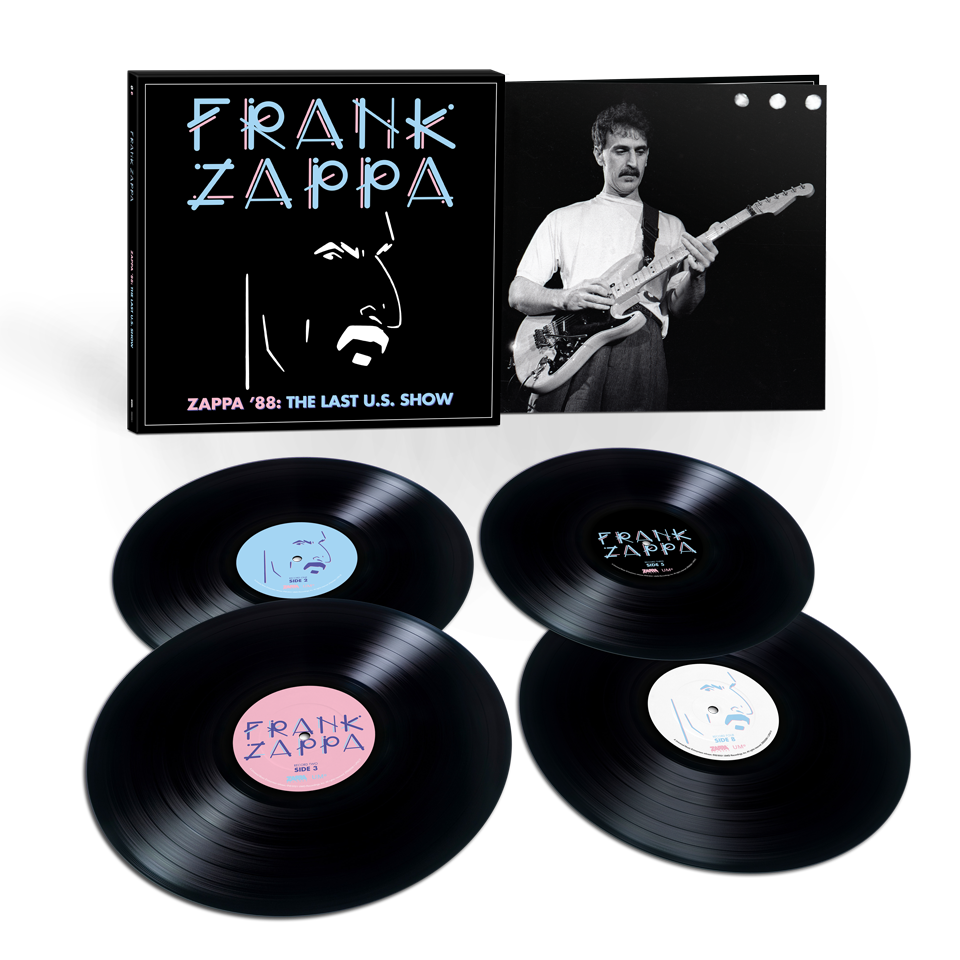 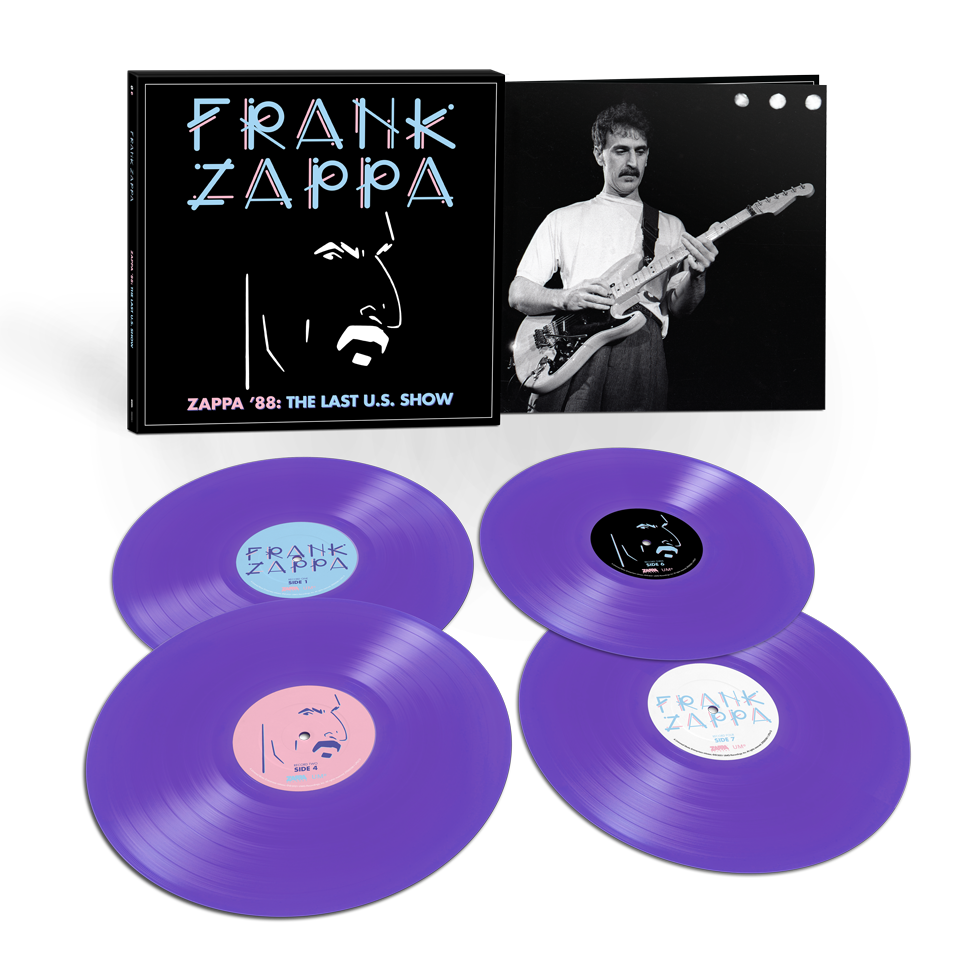